If anybody wants to express their gratitude, they can buy me a coffee. Click on the button below!

|
Buy me a coffee

Updated for May patch, sorry for the delay
Sup guys,After I saw that Tormund so generously helps this community out by making a free radar meme and giving it continuous updates, I decided to improve upon his awesome work by making an external squares overlay with pygame. Pygame is actually a pretty good candidate for something like this. It was difficult at first because the viewmatrix Tormund pulls from the game is actually the wrong view matrix for making a squares overlay. Thanks to cerraosso I figured out the proper offset and got it working.
I also found a FF SS sig by WhiteByte and thanks to Tormund’s wonderful sig scanner (he’s got a really great memory lib in his project) I was able to find the offset. Note that I don’t know if the FF SS timer is actually offset + 0x18 because after hours of testing I did not get a FF SS (to my knowledge) but if it is, the overlay will exit if the timer is tripped. I will continue testing and note my findings, but for now you should assume that this is not an FF bypass and you can get banned for using this!
However, I have made it easier for FF not to suspect you with the occluded offset (thanks to cerraosso again!) so the enemies will be red if you can see them and yellow if you cannot.
IF YOU DON’T WANT TO GET BANNED, DO NOT SHOOT OR TRACK AN ENEMY IF THE SQUARE IS YELLOW! YELLOW MEANS THE GAME DOES NOT THINK YOU CAN SEE HIM AND WILL SUSPECT YOU IF YOU SHOOT HIM! ALSO DO NOT SHOOT ENEMIES THROUGH SMOKE, EVEN IF THEY ARE RED! THEY WILL REPORT YOU.
In my first few tests of the squares overlay, I was banned on an account after a few hours because I did not check occluded and shot enemies through smoke, bushes, tracked enemies through walls, etc. I think this caused the game to suspect me (or maybe I just got reported – a report by a player triggers a FF SS). I got a new account and have been playing for like 20 hours with this and still have not been banned. I am playing safely – no tracking or shooting at yellow squares.
Also, this meme supports player info next to the square – name, health, and distance (and for vehicles, vehicle type). In my experience this is slow as balls because pygame is software rendered and text renders slowly for some stupid reason. You can turn it on if you want but it’s much faster with it off.
Default Start-Radar.bat: powershell -Command “Start-Process ‘python’ -Verb runAs -ArgumentList ‘Radar.py 1920 1080′”
@if NOT [“%errorlevel%”]==[“0”] pause
Start-Radar.bat with text enabled: powershell -Command “Start-Process ‘python’ -Verb runAs -ArgumentList ‘Radar.py 1920 1080 text'”
@if NOT [“%errorlevel%”]==[“0”] pause
REPLACE 1920 1080 WITH YOUR MONITOR RESOLUTION! RUN THE GAME IN BORDERLESS MODE ON THE PRIMARY DISPLAY! THIS WILL NOT WORK IN FULLSCREEN OR WINDOWED!
I may not be updating the offsets for future updates because working on this has caused me to be behind like 10 git issues at work. But if tormund updates the offsets for his radar, this should still work with those offsets (with the exception of m_viewproj – he uses viewmatrix).
Special thanks to Tormund and cerraosso!
Pictures:
No text: 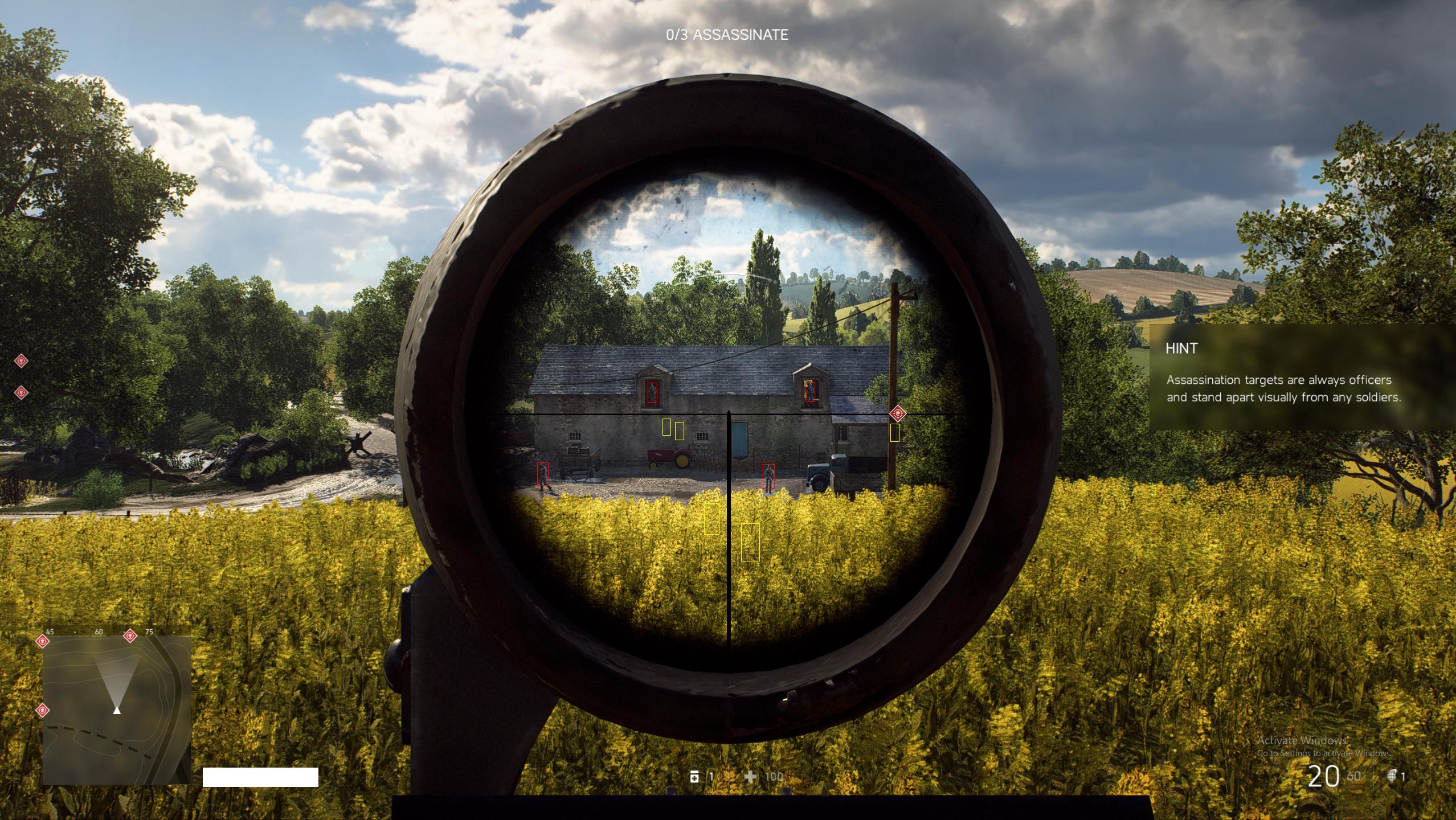 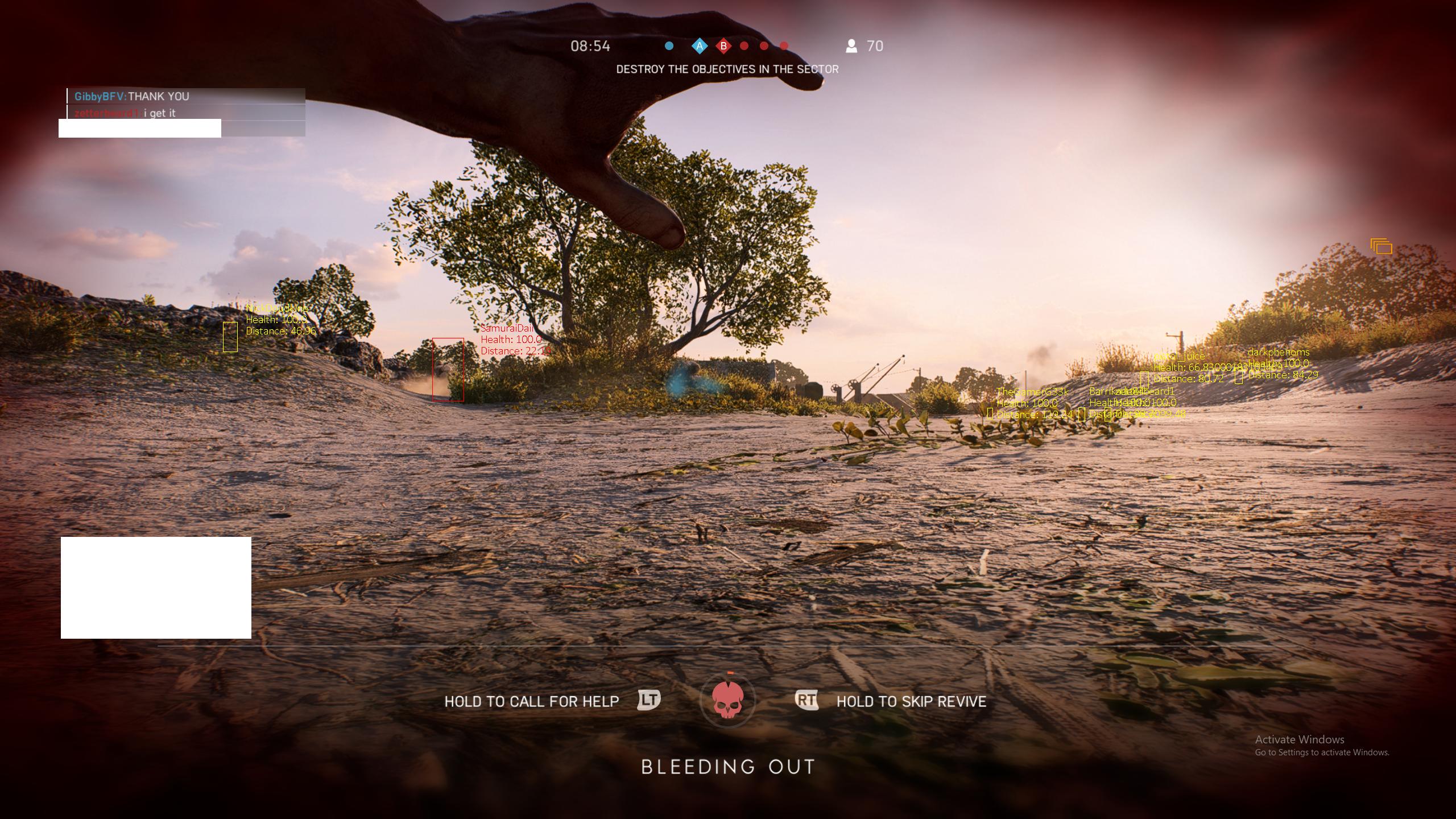 Installation:
1) Install Python 3.6.8 64-bit
2) Make sure its added to your path
3) go into the directory in commandline
4) pip.exe install -r requirements.txt (to install PyGame and pywin32)
5) Run BFV.exe
To run the squares, edit Start-Radar.bat with your game resolution and run it while the game is running. If you have another monitor I fully recommend you use Tormund’s Radar at the same time – that’s how I play.


Buy Me A Coffee, Click on the Button below to Donate and help use towards Hosting Files so you can get Free Content 4ever, Thank you.

By OxKos.com
I'm a game lover and game player so decided to create a website for other user to download Free Game hacks. Most time i don't use game cheats however sometime i do and is fun!

This site uses Akismet to reduce spam. Learn how your comment data is processed.